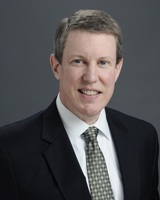 David received his Bachelor of Science in Government and Public Service with an emphasis in Business Administration from Winthrop University in 1986 where he graduated with honors. He received a Master of Public Administration from the University of North Carolina at Chapel Hill with an emphasis on Finance and Budget Administration in 1989. David also graduated from the Advanced Government Finance Institute at the University of Wisconsin-Madison School of Business in 1991 where he attended on one of two MBIA National Scholarships.

David has both moderated and spoken at past Government Finance Officer Association National Conventions on topics such as budgeting and long range financial planning. He is also a frequent speaker at statewide finance conferences. He is past-president of the Government Finance Officers Association of South Carolina and past-president of the Municipal Finance Officers, Clerks and Treasurers Association of South Carolina. He has served on GFOA’s National Nominating Committee and has also served as Chairperson of the GFOA National Committee on Governmental Budgeting and Fiscal Policy. He is also one of three GFOA representatives to the National Streamlined Sales Tax effort. David has also served on GFOA’s National Executive Board and as ex-officio on GFOA’s National Committee on Economic Development and Capital Planning.

In addition to his employment with the City, he has previously served as an Adjunct Professor of Political Science at Winthrop University where he taught classes in American Government, State and Local Government, Public Budgeting, and Public Administration.
Return to full list >>