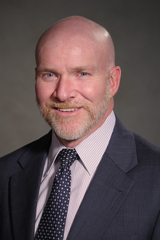 Steven has been employed with the City of Rock Hill since 1990 and currently serves as Deputy City Manager. Prior to his current position, Steven served as the Office of Management and Budget (OMB) Director and was responsible for various activities including the budget.

Steven has conducted numerous training sessions at local, state and national levels for the GFOA, its state chapters, and other organizations.

Steven earned a Bachelor of Science with emphasis in Business Administration from Winthrop University, and earned a Certificate from the Advanced Government Finance Institute, University of Wisconsin School of Business.