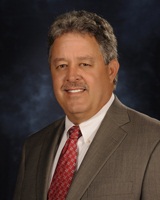 John earned his Bachelor of Science in Recreation and Parks Administration with an emphasis on Community and Leisure Service from Clemson University in 1979. John also graduated from the North Carolina State School of Sports Management in 1982, and the Institute of Departmental Management from the University of South Carolina Institute for Public Service and Policy Research in 2011.

John is a past Festival Chairman and board chairman of Rock Hill Come-See-Me Festival Board of Governors, past board member and chairman of the Rock Hill and York County Convention and Visitors Bureau, and Past President of the South Carolina Recreation and Park Association, where he received the 2003 Professional of the Year Award.

In addition, John presently serves on the South Carolina Tourism Expenditure Review Committee and Boys and Girls Club of York County Board. He travels extensively to speak with community and state-wide groups about the importance of Parks Maintenance and Sports Tourism in the Parks and Recreation environment.
Return to full list >>