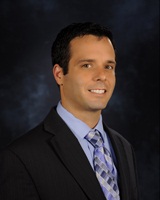 Prior to his work for the City of Rock Hill, Jason practiced law in Louisiana and did work in the arena of Fair Housing along the Gulf Coast.

In addition to his service to the City of Rock Hill, he serves on the Board of Habitat for Humanity of York County. When he is not in the office or at a meeting, he is most likely on the lake with his son, Ethan.
Return to full list >>