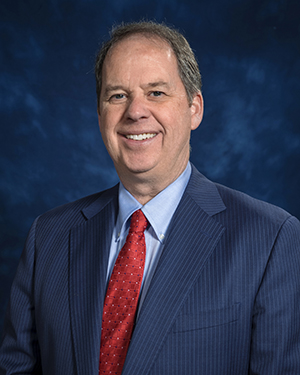 Mayor John Gettys is a 1991 graduate of Erskine College, and earned his master’s degree in public administration and juris doctorate from the University of South Carolina in 1995.

Following graduation from law school, John began his private practice with the law firm of Harrelson, Hayes & Guyton from 1996 to 2001, becoming a partner with the firm in 2000. In 2001, he became a founding partner of the Morton & Gettys Law Firm.

John was elected to represent Ward 4 on Rock Hill City Council in 2002 and re-elected in 2005.  After his second term, John did not run for re-election, dedicating more time to his family and growing law firm.

Throughout the years John has participated in a number of non-profit groups and community organizations. He served on the board and as president of the Early Learning Partnership; was a member of the Rock Hill School District 3 Bond Committee; South Carolina Human Affairs Commission; Boy Scouts of America, Palmetto Council District Chairman; Minority Scholarship Foundation Board Member; Member and Chairman of the Rock Hill No Room for Racism Board; member and former President of the Rock Hill Rotary Club.

Recognized for his leadership, John was a recipient of the Dream Keeper Award from Rock Hill's Martin Luther King Task Force, a recipient of the Deacon Service Award at First ARP Church, and a Paul Harris Fellow by the Rock Hill Rotary Club. He was also a 2017 winner of the Community Service Merit Award from the Come-See-Me Board of Directors.  John was honored as a member of the Liberty Fellowship Class of 2009 and a 2017 participant in the Diversity Leadership Initiative of the Riley Institute at Furman University.

John and his wife, Christi, have three sons, Jack, Grier and Evan. They are active members of First Associate Reformed Presbyterian Church in Rock Hill where John serves as an Elder.


Free viewers are required for some of the attached documents.
They can be downloaded by clicking on the icons below.