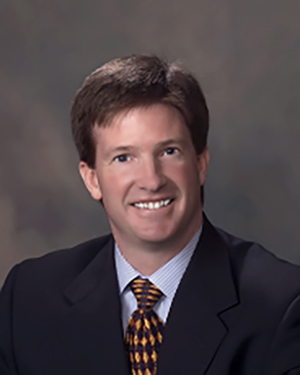 Councilmember John A. Black III is a native of Rock Hill, and the grandson of the late John A. Black, a founder and first president of the former Rock Hill National Bank. He is also a direct descendant of Alexander Templeton Black, known as the Founding Father of Rock Hill, who donated the land that is now downtown Rock Hill.

John has taken his lifelong passion for Rock Hill to the City Council, representing Ward 4.

A graduate of Winthrop University in Business Administration/Finance, John earned his Chartered Financial Consultant professional designation from The American College, Bryn Mawr, Pa. He is a Registered Investment Advisor with Palmetto Investment Consultants in Rock Hill.

With a strong passion for Rock Hill, John is active in the community and in St. John’s Methodist Church. He is a Past President and board member of the Winthrop University Eagle Club.

John is married to the former Laura Tucker. They have four children, Anna Lucy, Isabella, John IV and Charley.